Once the content has been defined, it is important to conduct several tests to verify that the User experience is effective and functional. There are several techniques, which vary according to the objective and which fall under the broader umbrella of Usability tests. In this article, we want to deepen a particular technique: the Eye-tracking test.

The goal of an Eye-tracking test is to track the movement of the user’s eyes placed in front of the interface to be tested, in order to understand which elements capture their attention or not.

The results are not only quantitative, but also qualitative: it is not important to simply understand which components (buttons, texts, images, icons, etc.) catalyze the user’s attention, but it is essential to understand why an element is more effective than another and come to identify areas for improvement.

Analyzing user behavior and preferences can also be a starting point for identifying new needs that were not considered in the design phase.

If today, eye tracking is a technologically sophisticated type of test, the first attempts date back to the beginning of the twentieth century, when Edmund Huey built the first Eye tracker in 1908 to track the movement of the eyes during reading. 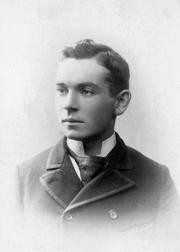 Although technology has made great strides, the intent of the test has remained the same: to analyze eye movement. Thanks to infrared technology, it is now possible to track the dilation and contraction of the pupils and eye movements while the user is looking at a screen.

The two main movements analyzed are defined as: 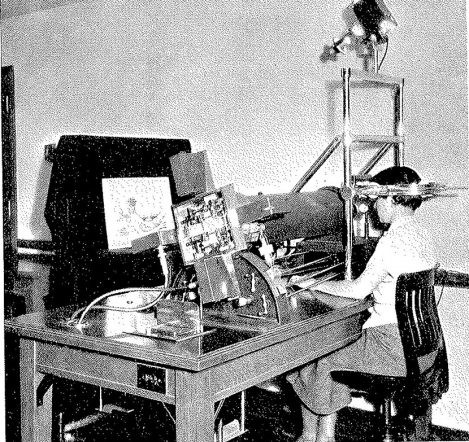 Eye-tracking: how it works

Eye-tracking is a test that returns important data on the user’s conscious and unconscious movements during the experience of using our interface.

The test allows us to identify which are the areas of greatest interest (AOIs), to understand if users have not grasped the important UI elements, or if there are components that disturb or distract. Finally, the test helps us understand how much time the user is able to reach a certain usage goal.

Once the data has been collected, it is possible to build a behavioral pattern that helps us identify problems and improve the UX of our interface.

For example, it has been found that users often avoid banners perceived as advertisements with their eyes, or that elements with an extremely flat and not very evident UI require a greater effort of attention.

Going even deeper, neuromarketing professionals, in recent years, have begun to study the psychological developments related to eye movements, which would see a connection between movements and emotional responses.

However, while it is a highly specific and expensive test, it is necessary to carefully evaluate when it is actually useful. Furthermore, eye tracking is a technique that alone is not enough to provide all the necessary insights for a complete usability assessment and it is necessary to associate this type of analysis with other qualitative methodologies.

As already mentioned, the procedure for carrying out Eye tracking can be expensive. For this reason, it is useful to rely on a professional in the sector, both as regards the technical setup and to correctly interpret the important amount of data returned by the test.

In particular, the devices to perform the tracking must be calibrated and adjusted according to the face shape, shape, and height of the eyes of the individual test participant.

Before starting it is therefore advisable to carefully set the objectives of the test and the logistical details.

For example, let’s consider providing 1-2 days for the technical set-up and another couple of days to proceed with a pilot test and verify that everything works correctly.

At the level of technical equipment, it will be necessary to provide at least:

By convention, it is recommended to involve at least 39 participants, a number that should guarantee significant results.

Depending on how the test is performed, the collected data can be organized in different visual forms. Let’s see the most used ones.

The most common is undoubtedly the heat map, in which the screen is highlighted with different and more intense colors, where the user’s gaze is focused more. 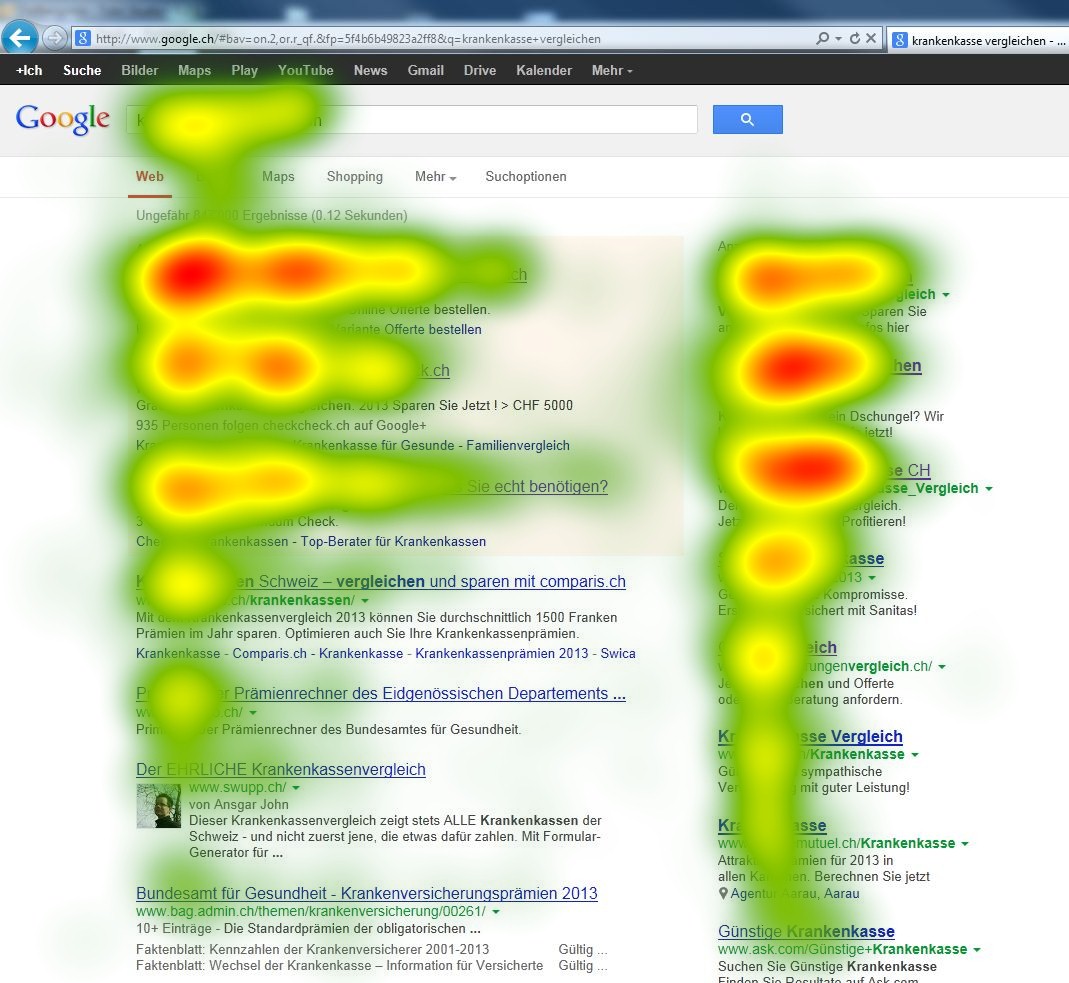 The gaze plots organize the results in an even more detailed way: the data reveal in fact in which order the various components were displayed, which obtained a longer fixation time, with an indication of the perceived priority based on the context. The result is represented graphically by circles of different sizes: the larger the circle, the longer the fixation time.

Instead, with the bee swarm technique, the fixation points of each user are represented with small moving dots on the screen, simulating the eye movement that resembles a swarm of bees. 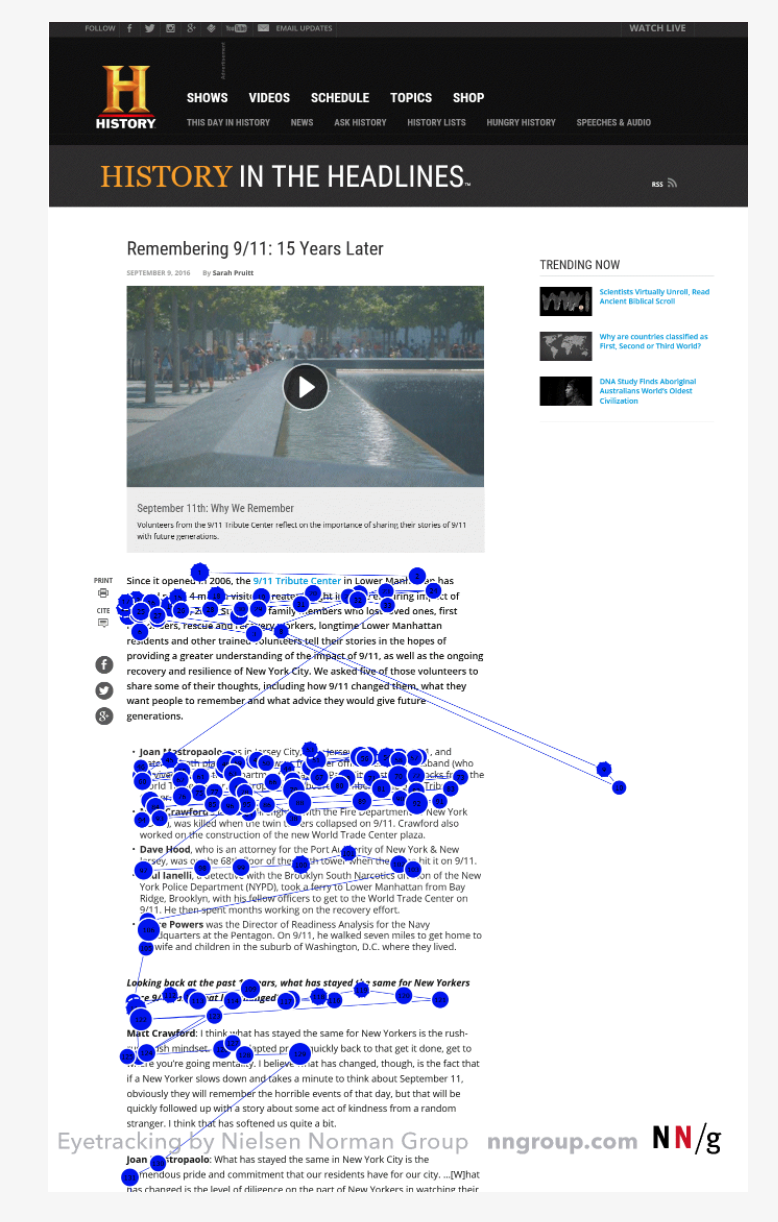 Finally, with clusters, the data are aggregated and represented through polygons of different sizes and shapes based on the ocular fixation points of the various participants.

Summarizing what has been said so far, Eye tracking can undoubtedly be a valid and in-depth test to thoroughly analyze the effectiveness and areas of improvement of our user interface.

Eye-tracking allows us to identify the most performing components, those that disturb the attention or that are not very visible to the user.

Among the negative aspects, the high investment from the point of view of economic resources and execution time, as well as the need to rely on an expert in this technique, stand out.

An alternative tool, and certainly less expensive, could be to analyze heat maps using the tools offered by solutions such as Hotjar (available in freemium mode) or Crazy Eggs (free for 30 days).

[If you know more about these research techniques, sign up for our user research course]

Cloze test: what is it and why it’s important in UX Writing

In UX Design, we solve people’s problems by creating products by anticipating and...